Going Through The Traumatic Childhood

Many children experience traumatic events throughout their lifetimes. They can have traumas due to various reasons but in most of the cases, they experience it from the family, such as the loss of a loved one, violence within the house, someone with a mental condition etc.

FAMILY plays a key role in the development of a Person's personality and behaviour from childhood. The habits that we pick up from our parents, stick up with us for the rest of our lives whether good or bad. As the saying goes “Other things may change but we start and end with the family”. The things we observe around us, as well as our parents' attitudes, have an impact on our lives, our thinking, and our interactions with others.

Conflicts between the parents :

No matter how happy a couple is, there will inevitably be some squabbles, which may arise from differing viewpoints or other factors. Parents usually attempt to keep their children out of it, but it still has an effect on them. Parents are also stressed by high-conflict disputes. Parents who are stressed may not spend enough time with their children.

It can cause a situation of depression, which is the most typical problem for today’s generation. Not only a child but an adult can too face depression. A depressed person always has negative thoughts and struggles with himself/herself for peace of mind. They distance themselves from everyone, always argue over simple things, which causes an unhappy environment around them.

Studies show that Parents fights affect their children's mental state. The conflicts between the parents, depressing nature of the parents can cause negativity in their child’s behaviour. It can also cause a gloomy attitude on life and disrupt the child-parent bond. This can go with the child in the long run causing traumatized childhood.

The link above provides more details of how parents conflict affects children. Drinking habits of a parent :

Not talking about the fighting alone, but also the drinking habits of parents also affect.

Drinking becomes a habit due to the contradiction of a person who refuses to believe the truth. It is easier for a problem drinker to blame someone else for their drinking than to accept responsibility for it.

Anger, despair, shame, desolation, and a lack of self-esteem may be experienced by children whose parents are alcoholics. Many alcoholics, for example, are unpredictable, and children who grow up around them may expend a lot of energy attempting to read their parents' moods or estimate what they want. Growing up in such a family can lead to the youngster becoming an alcoholic. They use drinking as a quick fix for everything.

Due to these reasons, children may feel lonely, does not open to anyone, remain uninvolved, depressed or burdened by their family.

There are many more reasons how parents drinking habits affect children. To read more you can go to the link given below: 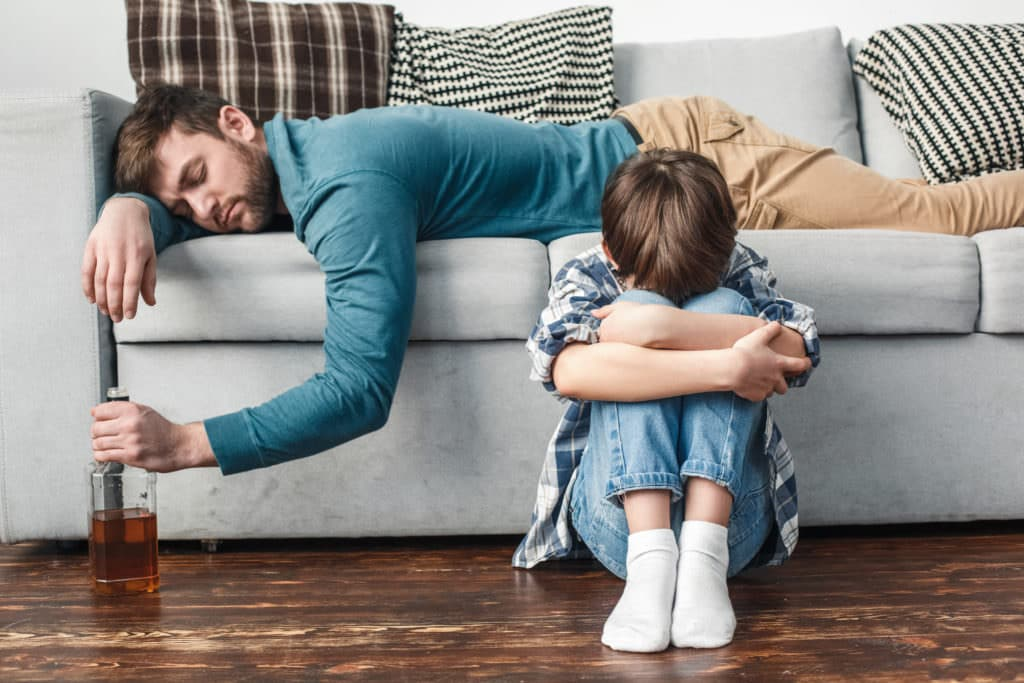 Not only these reasons there are many more reasons that may cause traumatized childhood.

These are the signs of bad parenting and this is not how a child should be brought up. Children's unusual behaviour whether it be a wordy mouth or rather one that’s mostly shut, are aspects to be looked into. A child wouldn’t know of the trauma that’s crawling into his/her body and taking over. Therefore, instead of ignoring it as childish behaviour, they should be talked to and counselled for a better understanding, and to assist them to discover a reasonable manner to let out their feelings.